Singular for the Italian word Graffito, it can be sprayed and painted.

Even though it is categorised as vandalism, the concrete walls present themselves as a great canvas available to anyone to enjoy art without visiting a gallery. It is a defiant medium to communicate and express a strong and meaningful idea as employing undeniably well developed skills and a great deal of creativity.

Being surrounded by a large canvas made of concrete, the Berlin Wall became a large gallery for street artists such as Thierry Noir and Keith Haring who started painting the Wall in the 80s. After that, the city itself became the canvas, throughout which artists such as Victor Ash, Shepard Fairey, Gino Fuchs & Christian `Lake` Wahle have left a footprint for the eye of the beholder.

Using an stencil style in black and white, the Portuguese artist born in 1968 has created several murals amongst which are the ´Big Jump` and ´Full Moon`.  Victor Ash left a mark in the german capital as unveiling in Kreuzberg his graffiti named `Astronaut / Cosmonaut´ in 2007. The context surrounding this painting was the space race during the Cold War between the Soviet Union and the United States.

The `Astronaut / Cosmonaut´ is located nearby the former border crossing at Heinrich-Heine-Strasse. Perhaps Checkpoint Charlie is better known for the tank confrontation, yet two attempts to cross the wall with a vehicle happened at this crossing. The rivalry between the Soviet Union and the United States was depicted as a non-national spacewalker.

Since 2004, their political statement embellishes West Berlin along three buildings. The central graffiti of their Triptychon shows members of the parliament such as Helmut Kohl, Konrad Adenauer, Willy Brandt, and the former chancellor Gerhard Schröder reshaping the german laws. They are represented as puppets as they seem to be controlled with strings held by powerful persons in suit.

On the left building, the powerful and  the chemical waste are shown whilst the right building shows the desperate and oppressed people, who is observed by the artist Charlie Chaplin.

Created in a record time of four days, the series of ONE WALL PROJECT unveiled this amazing graffiti by Shepard Fairey with a clear a strong message to have `Eyes open - Mind open´. It invites to observe the world, to learn from it and to see beyond the sight.  Based on the Motto `Make love, not war´, this mural earned its name.

It is the sunrise of a rose which rises above the handcuff trying to imprison its beauty. 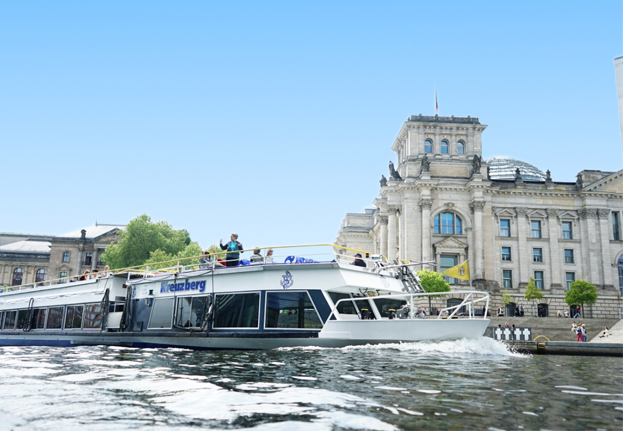