The Best places in Berlin where children can see animals

Gray, dreary high-rise facades? Concrete and asphalt as far as the eye can see? Not in Berlin! This city is considered one of the greenest major cities in Europe. With hundreds of parks and green spaces, as well as the forests surrounding Berlin, the German capital has retained an extremely natural overall impression to this day. As a result, many animals live here, which are often even at home in the inner-city area. It is great for you when coming alone, with friends or family.

At least 55 different species of mammals and more than 180 bird species live in Berlin, including wild animals such as Wild boar, roe deer, foxes, rabbits, stone marten, raccoons and piped bats. For friends of the animal world, both public park and game enclosures, as well as the zoos and the aquarium, offer a lot of points of contact.

Visit the Zoological Garden in West-Berlin

The Berlin Zoological Garden is located at the S-Bahn and U-Bahn station of the same name in the Tiergarten district. It was built in 1844 and is still one of the main attractions of the city today. On 33 hectares you can marvel at over 20,000 animals and 1,400 different animal species. Elephants, monkeys, polar bears, panda bears and sea lions are particularly popular with the children. An impressive highlight are the feedings, which you can follow live every day. 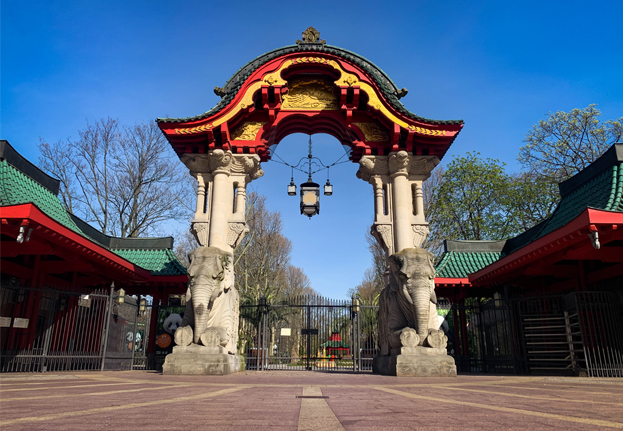 See the reptiles quite closely at the Aquarium Berlin

The Berlin Aquarium is located at the southern exit of the Zoological Garden. Despite the local proximity, this is by no means, just the little “sister” of the zoo. The aquarium, first opened in 1913, provides a fascinating insight into the underwater world of our planet on 3 floors. After being destroyed in World War II, it was reopened in 1983, exactly seventy years to the day after it was first opened. Today visitors of all ages can admire around 1000 kinds of fish, reptiles and insects inlcluding sharks. 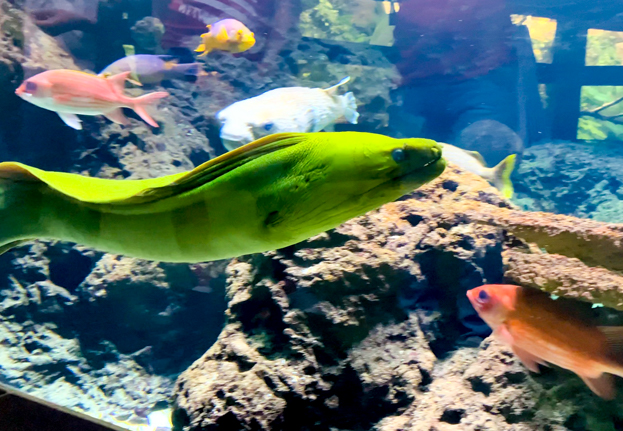 The Berlin Tierpark is in the Friedrichsfelde district. At almost 160 hectares, it is many times larger than its West Berlin “cousin”. In the spacious enclosures you can watch 10,000 animals in winter until 4:30 p.m. and in summer until 6:00 p.m. This park was designed to be generously spacious for the visitors as well including several playgrounds and locations for picnic. The Tierpark Berlin was completed in 1955 after almost two years of construction and has been open to you continuously ever since hosting about 9000 animals including pinguins, polar bears and tigers.

In more than a dozen park and game enclosures in Berlin you can currently see wild animals e.g. See wild boars, deer and goats in Berlin without paying admission. In the Rehberger Park in the Wedding district or in the Görlitzer Park in the Kreuzberg residential area, wild animals are out and about in their outdoor enclosure 8 months a year. In some systems such as in the Lankwitz community park it is even allowed to feed the animals. Definitely an animal experience for children and adults