Experience the Cold War at this unique sight

From 1961 to the German re-unification in 1990, Checkpoint Charlie was the most famous border crossing during the Cold War period and located at the very center of the geopolitical conflict between East and West. Today, the checkpoint has become one of Berlin’s most famous tourist sites and serves as a reminder of the time when Berlin and Germany were divided in the BDR in the West and the GDR in the East.

An immaculately reconstructed checkpoint, complete with a booth, flags, barriers, and sandbags based on the original, bring the chilling Cold War atmosphere to life. Don't miss out on snapping a picture with one of the guards patrolling the area! For those interested in exploring the period in detail, there are several museums nearby.

Our Hop On – Hop Off city sightseeing tour stops nearby. 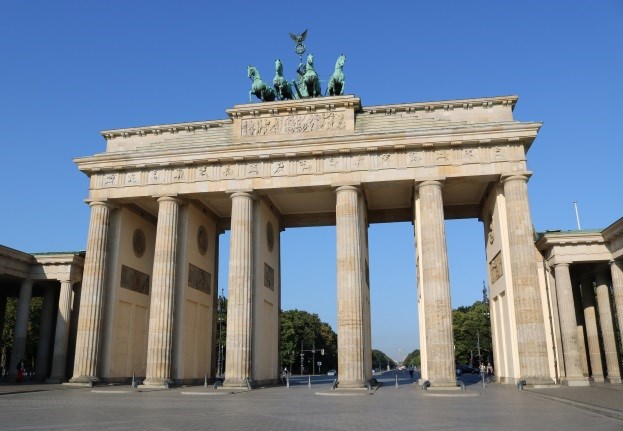 Symbol of the German reunification