Our capital is a super vibrant city with the possibility to attend a party every other day – maybe every day even! There are so many things to do in Amsterdam, that it’s hard to separate the so called ‘boys from men’ when it comes to events. We’ve gathered a few of the most outstanding and special events in 2020 and made a calendar for you.

Fun events in the city

1st of January: you might still be a bit groggy from the night before, but we’ve got a solution for you! Jump into the North Sea at Zandvoort's New Year's Dive with a thousand other dare devils to rinse yourself of your possible hangover and get the chilly wake-up call we all deserve!

18th of January: The Netherlands are known for their fields full of tulips and the 18th of January is declared as National Day of the Tulip. Come celebrate with us at Dam Square!

14th of February: the day of looove – Valentine’s Day. What’s a better way to spend this day than with your loved ones? Book a dining cruise to treat you and your lover, friend or family to a unique night out on the water.

21st of March – 10th of May: yesss, it’s the opening day of Keukenhof – the largest flower event of Europe. Book a daytrip from Amsterdam to see all the beautifully colored fields full of bulbs and flowers.

April 12th and 13th: time to freshen up those Easter egg hunting skills and roam around the city for brunch, lunch and other Easter activities. If you’re into electronic music, don’t forget to check out DGTL festival.

April 27th: the day we’ve all been waiting for is here… King’s Day! The city turns into one big orange colored whirlpool of people, with parties throughout the entire city to celebrate the birthday of our King Willem-Alexander.

May 3rd: it took 35 years, but the Formula 1 Grand Prix in Zandvoort is back in the country! You’re not only able to admire the spinning rims of the Grand Prix runners, there will also be spinning wheels at the DJ booths of the some of the greatest DJs.

May 4th: On Remembrance Day we commemorate everyone that lost their lives in the wars. The king, queen and other high placed figures will be present at one of the official Remembrance ceremonies at Dam Square. This event is open to the public, so if you want to catch a glimpse of the royal couple, be there at the square.

May 5th: Straight after Remembrance Day the Dutch celebrate Liberation Day. There will be festivities throughout the entire country and in Amsterdam you’ll find concerts, festivals and other cool activities. This day is declared a National Holiday once every five years.

June 14th to 27th: In 2020 you’re able to enjoy a few soccer matches of the Euro Cup, since Amsterdam will be hosting them in the celebration of the 60th anniversary of the UEFA.

25th – 28th July: It’s time for some summertime madness at Milkshake Festival. This festival kicks off the Amsterdam Pride week. Gather all your sequin outfits and shine like a diamond!

25th of July – august 1st:  Pride Week, the most festive way to celebrate the inclusiveness of Amsterdam. You’ll find a lot of activities during this week: from pink movies to expositions and talks. And let’s not forget all the parties you can dance your butt off.

August 1st: During the Canal Pride you’re able to enjoy theme boats, loud music and a lot of happy and dancing people. This is the closing party of the Pride Week, so it’s time to go all out. Whoohoo!

7th of August – August 16th: If you’re into music, please visit the Grachtenfestival. You’ll find about 200 concerts throughout the entire city. From concerts in parks to small gatherings in living rooms or huge performances in concert halls.

12 – 16 August: Once every five year the most impressive historic tall ships sail to Amsterdam for SAIL. It’s the largest free outdoor nautical exposition of the world and you should definitely check it out for some unique pictures of the ships. Did you know you can also cruise between the boats?!

September the 6th: It's time for the Amsterdam City Swim. On this day 3000 people will swim through the 400 years old canals of the city center to gather money to fight the decease ALS.

12-15 september: Always wanted to take a glimpse behind closed doors of some of the most delighting monuments? Check out where you can go on Open Monuments Day.

September 19th: Amsterdam has its own footrace. It’s called the Dam tot Damloop and goes from Amsterdam to Zaandam. Do you think you can run these 10 miles? Sign yourself up and show ‘em what you’ve got!

21st – 25th October: Attention! Attention. All electronic music lovers, gather around! The best DJs from the world come to Amsterdam for this dance music conference called Amsterdam Dance Event. And when all DJs come to one city, it can only mean one thing: a week full of parties!

November 2nd: You thought Night at the Museum was fictional and only happening in the movies? Think again! During Museumnacht you’re able to visit the museums until the darkest hours of the night.

22nd of November – December 2nd: your documentary loving heart will jump out of its chest at IDFA. With a fully packed program there’s no way you’re missing IDFA – unless you’re overwhelmed by the amount of movies and can’t choose which documentary to watch this year. But hey, there’s always next year.

25th – 26th of December: of course, you can celebrate Christmas everywhere in the world, but why not spend your time in Amsterdam? The canal houses are beautifully lit, the Christmas markets are waiting for your visit and the entire city is basically the real life version of a small Christmas village. Come celebrate the holidays with us! 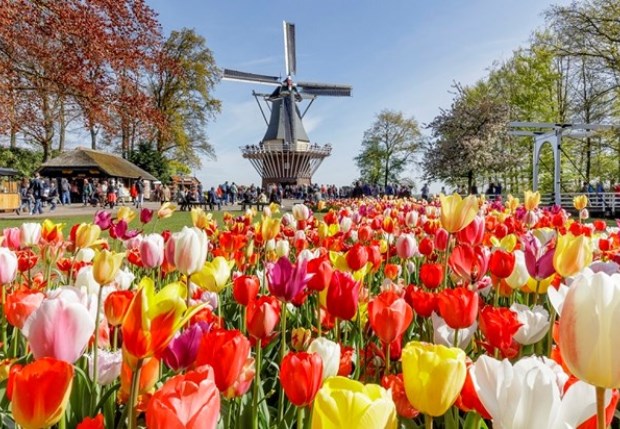 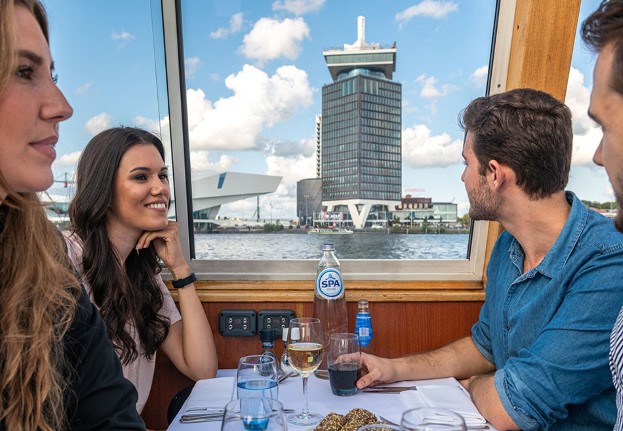