The best panoramic views of Berlin

Above the roofs of Berlin

Berlin has a lot to offer. From green parks, relaxing bathing opportunities, interesting museums to a wide variety of excursion options. But how about a trip over the rooftops of Berlin? The city offers a multitude of towers and viewing platforms where you can let your gaze wander over the roofs during the day and be enchanted by the glittering lights of the big city at night. We have five beautiful places where you can enjoy a spectacular panoramic view over the city. Here we introduce you to some of these viewpoints. You can easaly get there with Stromma hop on hop off buses in Berlin.

It is the most eye-catching and famous building in Berlin with a total height of 368.03 meters and is located on stop 2 of line 1 and stop 1 of line 2 of Stromma Hop On - Hop Off city tours. The observation deck is at a height of 203 meters. From here you have a fantastic view of the city when the weather is nice, up to 80 km away. Like the numerous locals and tourists, come to the television tower on Alexanderplatz and enjoy the view over Berlin from the tower dome.

You can also do this with a culinary treat in the revolving restaurant "Sphere" in the television tower, which is located above the observation deck. Regardless of the time of day, it rotates 360 ° once or twice an hour. While you let yourself be pampered with international and seasonal dishes from Berlin and Brandenburg cuisine, this restaurant spins over the city.

If you want to experience the historical highlights of Berlin from a vantage point with a “view of the sky”, you should make your way here. The fastest elevator in Europe takes you to a height of 100 meters in just 20 seconds. A breathtaking panorama awaits the visitor here. The television tower, the Brandenburg Gate, the Memorial Church and many other sights lie at the feet of the guests. If you are hungry for the enchanting view over Berlin, visitors can have a refreshing coffee and other drinks as well as tasty dishes in the Panorama Café on the 24th floor. The panorama point is at stop 16 of line 1 for Stromma hop on hop off buses. 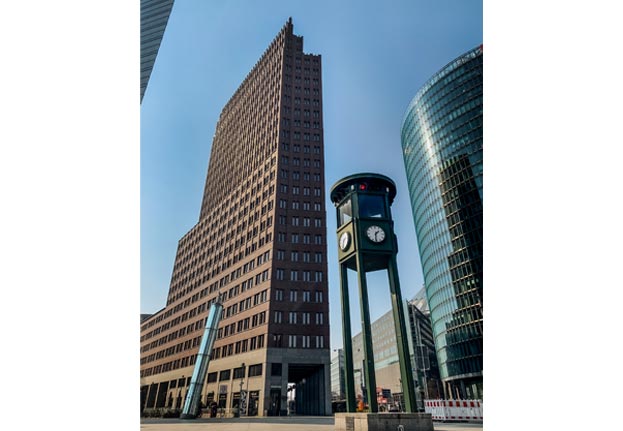 Victory Column on the Great Star

In addition to the Brandenburg Gate and the television tower, the Victory Column is probably the most famous landmark in Berlin. This 69 meter high structure was reopened to visitors in May 2011 after extensive restoration. It was built by Johann Heinrich Strack (1865-1873) and commemorates the victories of Prussia in 1864, 1866 and 1870/71 against Denmark, Austria and France. The Berliners like to refer to the Victoria as "Goldelse" and to get to the top you have to climb 285 steps. From here you have a wonderful view of the Tiergarten, the largest park in Berlin and Bellevue Palace. The Victory Column is on our stop 11 on line 1. 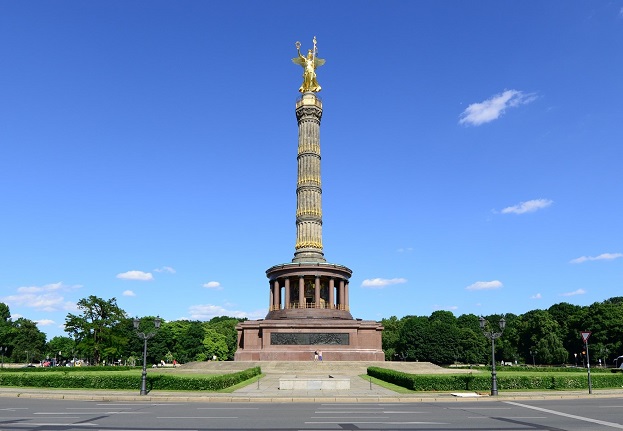 This structure is not on one of the Stromma routes, but a trip here is definitely worthwhile. You can also combine this with a visit to the "Gardens of the World", one of the most famous garden exhibitions in Berlin. The observation structure with its filigree, cloud-shaped structure should appear light and floating like a cloud. The cloud grove is around 20 meters high and stands on the highest point of the Marzahner Kienberg. The viewing platform has a total height of around 120 meters above sea level. When the weather is nice, you can see up to 50 kilometers away, and the Berlin TV tower, about 12 kilometers away as the crow flies, is also clearly visible. The construction consists of around 170 steel knots and a translucent membrane, which is illuminated at dusk and on special occasions. The light color can be changed and adapted to the natural light, whereby the viewpoint blends in with its surroundings in a special way. The cloud grove was located on the site of the International Garden Exhibition (IGA for short) 2017 and has been freely available to all residents and visitors since its end. It can be reached by cable car or on foot. The ascent to the viewing platform can be made barrier-free by elevator or stairs. After you have made the steps, you can enjoy a wonderful view of up to 50 km, even the television tower is within sight.

Another well-known transmission mast in Berlin next to the television tower is the radio tower. It is a pioneer in radio history and has an observation deck and a restaurant.

The radio tower was built as a transmission mast on the exhibition grounds in Berlin-Charlottenburg from 1924 to 1926 and is now a listed building. The viewing terrace and the restaurant are popular excursion destinations for Berliners and visitors. The steel lattice construction of the Berlin radio tower was designed by Heinrich Straumer and was erected on an area of ​​just 20 by 20 meters. The opening ceremony took place on the occasion of the third radio exhibition on September 3, 1926, and broadcasting began as early as September 1925. Only a few years later, the systems on the radio tower broadcast the first still soundless television images from the Witzleben television station over Berlin. During the Second World War, a grenade destroyed one of the main struts, at times the radio tower stood on only three legs. The 600 ton colossus remained standing, was repaired and in 1950 the restaurant reopened. Today the radio tower has a total height of 150 meters (including antennas), the restaurant is 55 meters high and the viewing platform is 125 meters high. You can reach both quickly with an express elevator. From above you have an impressive view over the exhibition grounds under the radio tower and the City-West.

Map of the best panoramic views in Berlin

A unique city sightseeing round tour