Some of the reasons why Copenhagen is a must-see destination

Whether you are travelling to Copenhagen to explore one of the many Michelin restaurants that are leading the way in the New Nordic food scene, or want to explore the traditional Danish dishes, no matter where you turn, there is something delicious to try. The food scene in the city has taken on a life of its own over the last couple of years, and new street food markets are welcoming visitors all over the city. At the old, industrial area of Refshaleøen you can try food from different parts of the world, and the street food market at the Inner Harbor Bridge area gives you great tasting food – all with a magnificent view over the water. If you leave hungry, it is your own fault! Visitors are always surprised by how green and open the city is. And Copenhagen is truly a green city. Named European Green Capital in 2014, the city has high ambitions to continue this plan, by aiming to become the first CO2-neutal capital by 2025! You might have heard about the clean water floating through the city. Harbor baths around the waterfront entice people to take a swim in the harbor on a hot summer day. So, do not forget your bathing suit. 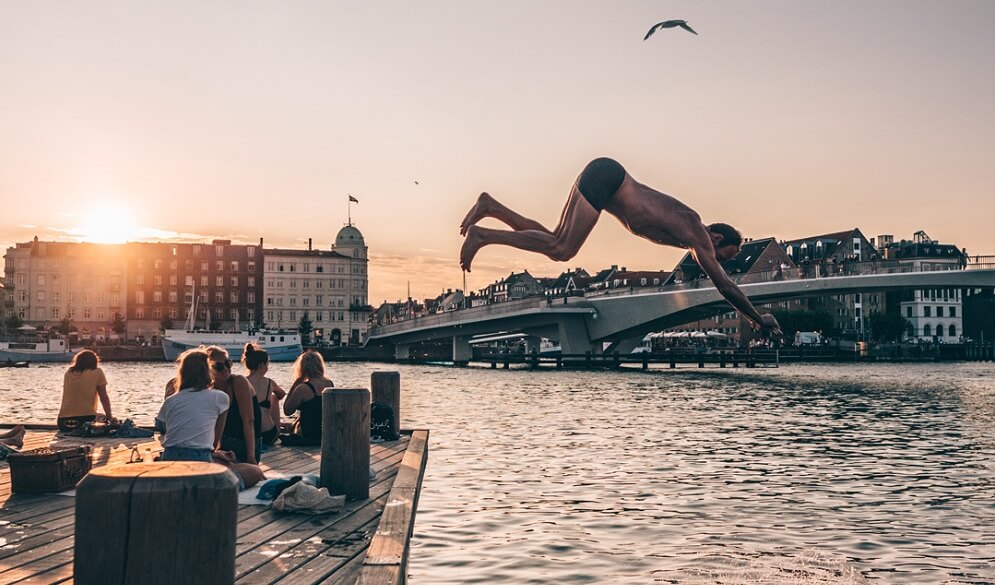 The rich history of the city

Did you know, that one of the trendiest areas of the city, Christianshavn, celebrated its 400-year anniversary in 2018? The area was originally built as a place to house Dutch immigrants, later becoming a slum area of the city, and is now a central part of Copenhagen! It is where Copenhageners take their lazy Sunday stroll along the canals or meet up for a beer on a summer’s day. This is just one example of the deep history roots that ooze through the city, no matter which area you visit. The list could go on and on with interesting events, new modern architectural buildings popping up, to the famous Danish design that can be experience throughout the city. And let’s not forget the famous little lady perched on the stone in the water, who is famous for the H.C. Andersen fairytale. Copenhagen truly has something for everyone! We hope you will enjoy the city as much as we do when you come to visit us.

As we say in Danish: Velkommen!