The Amsterdam canals are much praised, world famous and the canal belt is even on the UNESCO World Heritage list. Residents of Amsterdam cycle past the canals on a daily basis, but have you ever considered the history of this picturesque part of town?

History of the Amsterdam canals

The tale about the Amsterdam canals dates back to the medieval times. Before that period of time, the area we now know as Amsterdam was still under water. Around the year 1000 the land was dried and small communities started to form. In the 12th Century the people of these communities started to build dikes and dams to protect themselves from the water of the Amstel river. Amsterdam thanks her name to the dam that we now know as The Dam, which was built in 1270.

The Amstel is a river, but what defines a canal? The difference between these two is that a canal is man-made and a river isn’t. The canals were dug to use as a way of transport through Amsterdam. Merchandise was transported from the harbor to the canal houses on the canals - to be stored or sold. These days the canals are mainly used for fun ways of transport, like enjoying the scarce rays of sun on a open boat or to admire the city on a canal cruise.

Until the end of the 16th Century Amsterdam wasn’t more than the area between Singel and Kloveniersburgwal, hardly one kilometer apart from each other. But that rapidly changed when the Catholic city government was deposed and the new instated government made plans to expand the city – to make sure Amsterdam kept the status of the number one trade city in the county.

The excavation of the Herengracht, Keizersgracht and Prinsengracht began in 1613, during the Golden Age. A few decades later the canals were connected to the Amstel river and the Golden Bend was built. To this date it’s still the most prestigious part of the Herengracht.

In 2010 the canal belt, with Singel, Herengracht, Keizersgracht and Prinsengracht as the main canals, was declared a World Heritage site. The canal belt met three criteria to be on this leading list. One of the most important ones was that the commission thought it was a masterpiece created by genius human beings – and we wouldn’t dare to disagree this statement. 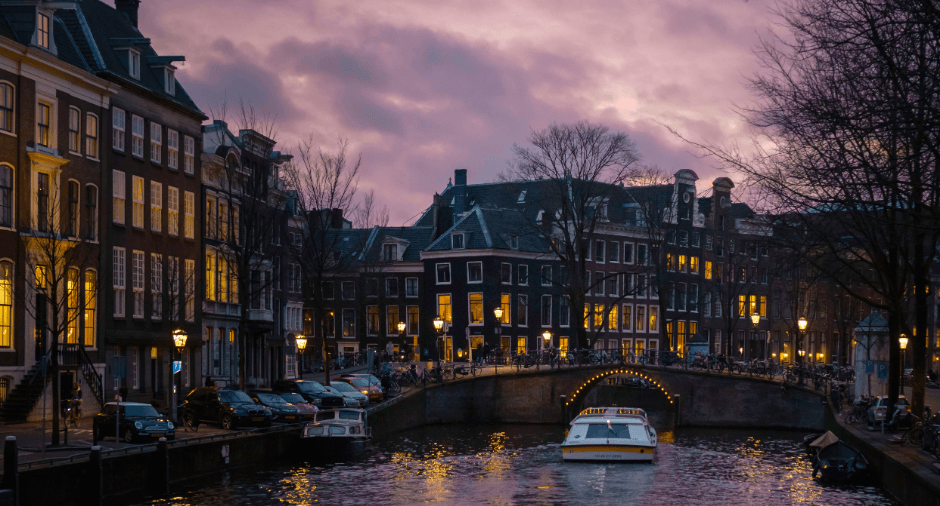 Sightseeing at the Amsterdam canals

With its rich history there’s just so much to see at the Amsterdam canals. From the Westerkerk to the Anne Frank House and many extraordinary museums, you pass it all along the canals. We, personally, think the best way to explore the city is from the water – by a canal cruise, for example. But there are more ways to explore Amsterdam. We want to point out a few intriguing buildings and bridges.

At the Amstel river, between the Keizersgracht and Prinsengracht, you can find the most photographed bridge of Amsterdam: the Magere Brug (translated: the Skinny Bridge). With the characteristic lights and small pathway, this bridge is one of its kind. The Skinny Bridge owes her name to the lack of the width of the bridge and to the meager years during the restoration. Check out the bridge during dusk or sunrise to experience why people find the Magere Brug enchanting. 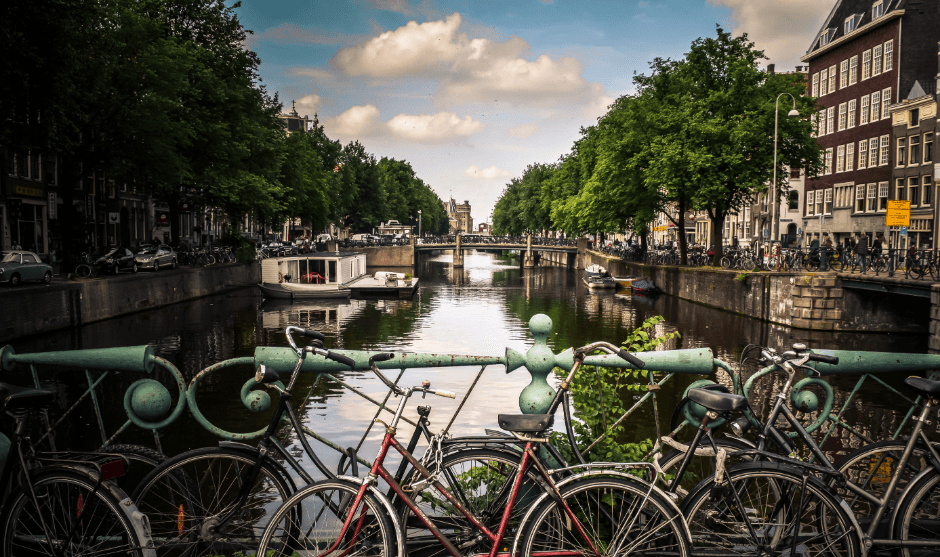 If case the Magere Brug leaves you desiring more bridges, we’ve got something in store for you! When you stand at the bridge on the corner of Herengracht and Reguliersgracht, at the odd side of the street, you can see fifteen bridges at once. This is a truly unique site, so take out your camera or make a mental picture of the beauty you’re looking at.

This is the part of the canal belt where the most rich merchants, statesmen, artists and bankers used to live. And still live or hold office. The major’s house can be found at the corner of Herengracht and Vijzelstraat, for instance. Canal houses at the Golden bend are bigger and wider than the other houses along the canals, that’s why only the most fortuned could afford a house in this area. The houses are built in the classicistic style with marble hallways and plastered ceilings.

Museum of the Canals

If you want to learn more about the origin of the Amsterdam canals, we recommend you to check out the Museum of the Canals at Herengracht 386. You will find out how Amsterdam flourished during the Golden Age and how the canal district grew into the magnificent site it is nowadays.