This month is a month of celebration for us. Celebration because after months of waiting we can finally set sail on our Amsterdam Canal Cruise and our Open Boat Tours again, but also because we celebrate our fifth anniversary. Stromma Netherlands is five years old. The Stromma Group took over the Canal Company on June 7 2016, but we like to dwell on it a bit longer than just one day.

We thought it would be an ideal time to reflect on not only the last five years, but also on our deeper history from the annals of time. A piece that goes a little further than the "about us" page on our website. Our history is complex and goes way back so we certainly won't get to everything, although there is a nice option if you want to. More on that later.

At the end of the 19th century, the first official tourist information office was opened in Stockholm in 1897. It was an important milestone because for the first time officially organized excursions and tours for visitors were devised. That is where the industry that Strömma would eventually get involved in was born in Sweden.

The origins of Sweden's first tourism-oriented companies lie in the 19th century. With the opening of the first regular steamship routes between Finland and Sweden in 1821, and from 1850 onwards the realization by a number of pioneers that these steamships should not only be destined for people who had a purpose (businessmen, traders etc.), but that it could also be made for one's own pleasure. With a little imagination, this is where our origins lie for sightseeing. In the decades that followed, the first sightseeing cars appeared in Stockholm and, not much later, the first cruises in the Scandinavian country. This is basically the start of pleasure cruising as we still know it today at Stromma

Scandinavia, the Netherlands and Germany

The name Stromma first appears in 1968 with the establishment of Nya Angbatsfartygs Strömma Kanal. By now the tourism industry had grown considerably in the country but Strömma managed to make an immediate impact and gain market share, mainly through clever and skillful marketing strategies such as the large sightseeing boards on the boats. This put the company in a position to grow and merge, increasing its market share. The mergers brought with them another long history wich dates back to 1809 (!), led by the Rettig family. The Rettig family belonged to the group of pioneers who were the founding fathers of commercial tourism industry in Sweden. We will revisit this story later, because, there is a lot to tell.

Now we will make a considerable leap in time, to the end of the 20th century. While the company has long focused on the local market, in the last twenty years it has acquired several similar companies in Scandinavian countries, but also in the Netherlands and more recently in Berlin, Germany. Today Stromma is active in fifteen locations spread over six countries.

You might have guessed it already but Stromma doesn't really sound like a Dutch company. Although we have only been around for 5 years under our current name, our history in the Netherlands goes back a long way, over a hundred years to be exact. Stromma Netherlands owes its long history to various takeovers, the most recent being the acquisition of Canal Company by Strömma.

We have been a player in this industry since 1912 (Shipping company Bergmann) and are therefore the oldest shipping company in Amsterdam. Meijers Rondvaarten is another shipping company that was founded in 1946 and also grew into a sizeable shipping company. Bergmann and Meijers's were both taken over by Canal Company, creating an even bigger player around 2010. This was reason enough for the Swedish company Stromma to make the step towards our country by taking over Canal Company, five years ago. 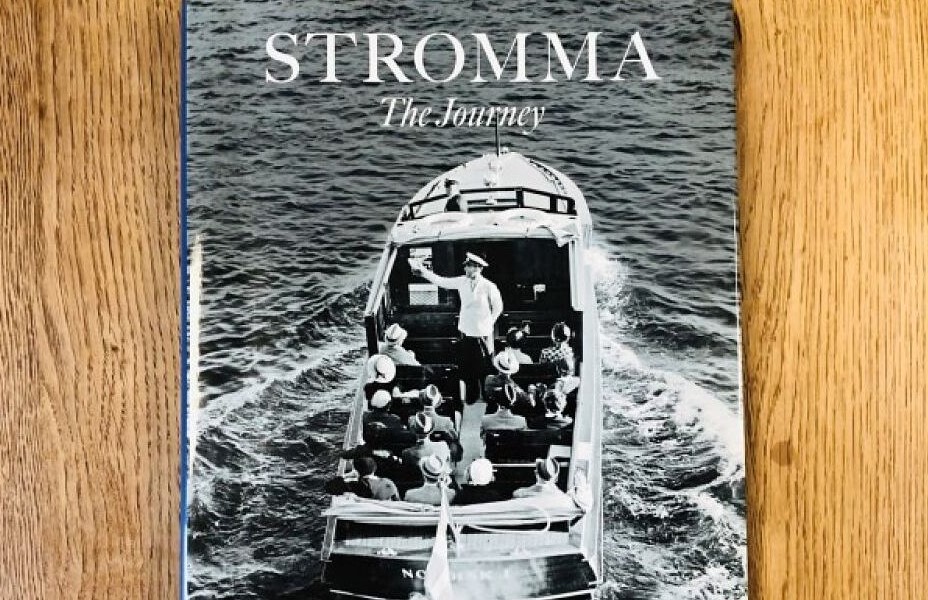 Proud of our history: our own coffee table book

At Stromma we are proud of our history which is so rich that it is impossible to capture it all in this blog. However, there is one man who did.

As soon as you start out in Amsterdam as an employee you are presented with the history of the company from day one. Upon arriving on your first day of work, a new workplace is assigned to you for an as yet unknown number of years. In the middle of your desk there is a large book ready in which our history is chronicled in stories and pictures. It is an impressive book and admit it, having your own coffee table book (for lack of a better word) is pretty cool. Although the good intentions of devouring every letter do not come true for every employee, sometimes its existence is enough.

The book is written by Lennart Jarnhammer. Not entirely unexpectedly, he was a Swedish cultural historian and many of his works are about the tourism industry and culture in and around Stockholm.

It is probably clear to you by now that we have a long history on the water and in the tourism industry, which we still maintain to this day in many places in Northern Europe. Of course, you can still come to us for an Open Boat Tour or a Canal cruise in Amsterdam, or for a trip on a pedal boat in both Amsterdam and Utrecht, but also in other Northern European countries. Such as a wonderful boat trip where you see the best of the Stockholm archipelago, the classic Canal tour in Copenhagen or the beautiful Canal Route in Helsinki. If you prefer not to be on the water then check out the City Train in Oslo or the Hop On - Hop Off bus in Berlin. Plenty of choice.

On to the next five years

Now we have spoken enough about ourselves, our next blog will therefore once again be about the cities in which we may reside. On to the next five years!