Guide to most famous churches in Stockholm Find the most fascinating churches in the city

Take a long and leisurely stroll through Stockholm and discover the most famous churches in the city – see the oldest, tallest, most beautiful and popular churches on the way. They will treat you to a journey through history and architecture in central Stockholm. Here is the guide to the most interesting churches in Stockholm!

Start by heading to the island of Royal Djurgården and Seglora Church, located in open air museum Skansen. From there you can take a walk to Odenplan (3,8 k) where you can find the Gustav Vasa Church before you head to Norrmalm (1,6 k) and Klara Church. After that you can make your way to Riddarholmen (1,1 k) to visit the Riddarholms Church and then on to trendy Södermalm (1,7 k) and Katarina Church. Finish at Grand Church in Old Town (1,4 k). From there it’s not far to Strömkajen, where you can hop on popular sightseeing tour Under the Bridges of Stockholm. Relax and give your feet a well-deserved rest – by now you have probably walked almost 8,5 k and over 12 000 steps! Treat yourself to something tasty from the café onboard – here you can find both hot and cold drinks, snacks and classic Swedish fika.

At popular open-air museum Skansen you can find the picturesque church Seglora – especially popular for weddings! The church’s roof and walls are made out of wood and painted red, giving it a unique look. Seglora Church was built in 1729 -30 and has resided at Skansen for a 100 years, and before that it was located in Seglora parish in west Sweden. Throughout the years it has become one of the most popular churches in Stockholm for weddings. The traditional musicians at Skansken can be hired to play at the beginning and end of the service, and you can also hire a horse and cart for your arrival or exit.

Gustav Vasa Church – one of the biggest churches in Sweden

Gustav Vasa Church is centrally located near Odenplan, one of the biggest junctions for public transport in the city. The church is open for visitors seven days a week. Gustav Vasa Church was consecrated in June of 1906 and is designed in Italian Baroque style. This is the biggest church in Stockholm with space for around 1200 people and the ceiling hight at the dome in the middle of the church is over 60 meters. The interior is light and airy, a result of renovanntions that were made in the 1960’s.

Right in the centre of Stockholm, just a stone’s throw away from the Central Station, you can find the magnificent Klara Church. Its enormous tower measures over 116 meters above ground and is the tallest church in Stockholm (and the second tallest in Sweden, with only Uppsala Domkyrka being taller with a height of 118, 7 meters). At the top of the tower there is a spire topped with a golden cockerel. The church was built in 1509, but the style has changed throughout the centuries as several famous architects have been in charge of renovations. Today the Klara Church is involved in a lot of charity work and host a daily soup stand for homeless people. They also hold regular concerts.

The Riddarholmen Church, originally built as a Catholic Church, is located on the island of Riddarholmen close to Old Town. It was consecrated around 1300 and is the oldest preserved building in Stockholm, as well as the only preserved medieval monastery church in the city. The church has a burial ground and is the final resting place of all Swedish regents that ruled between 1632 and 1950 (with the exception of Queen Kristina). During the spring, summer and autumn the church is open for tours and during the summer they host concerts with Georgian music.

Katarina Church – the most beautiful in Stockholm?

The Katarina Church is located in the area of Södermalm and from here you have views over almost all of Stockholm. The church has been ravaged by fire twice, in 1732 and 1990, but has been restored both times. The last fire was very dramatic, the church tower collapsed and many feared it was beyond saving. In the Katarina burial ground rest many famous Swedes, such as actor Michael Nyqvist, musician and songwriter Cornelis Vreeswijk, author Per Anders Fogelström and poet Tomas Tranströmer.

Storkyrkan is located next to the Royal Castle and has looked the same since the 1400s, making it one of the oldest churches in Stockholm. It’s the cathedral of Stockolm and is open to the public – it’s equally popular amongst tourists as it is with locals. The church has a certain royal flare – on the 19th of June 1976 it hosted the wedding of Sweden’s king Carl XVI Gustaf and Silvia Sommerlath. 34 years later, their daughter Crown Princess Victoria married Daniel Westling in the very same spot. This is also the place where the Swedish members of parliament gather before the annual opening of parliament. The church is open to the public between 9am and 4pm.

Count the church towers during a boat tour in Stockholm

Strömkajen is located only a few minutes walk from the Royal castle and Storkyrkan and  one of the most popular sightseeing tours in town, Under the bridges of Stockholm, departs from here. If you’ve spent the day exploring, it’s the perfect opportunity to sit back, relax and enjoy the views as you pass through Stockholm. The tour takes you under 12 different bridges and the locks between Saltsjön and Lake Mälaren – and don’t forget to count how many church towers you can see on the tour! The guiding is available in 11 different languages and there is a café onboard. 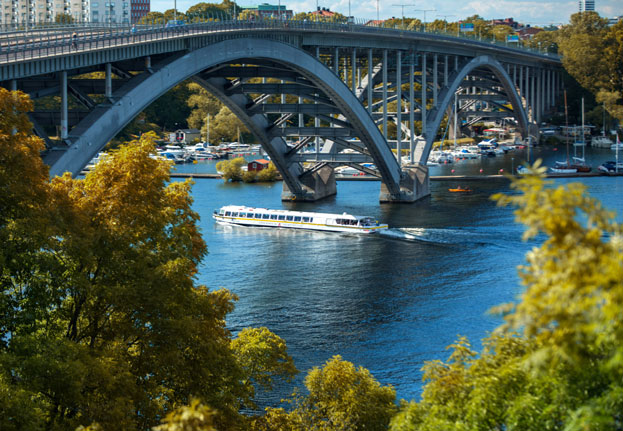 Under the Bridges of Stockholm 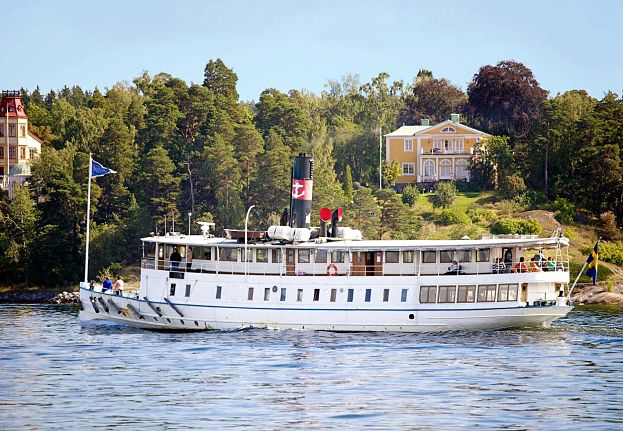 See the best of the Stockholm archipelago 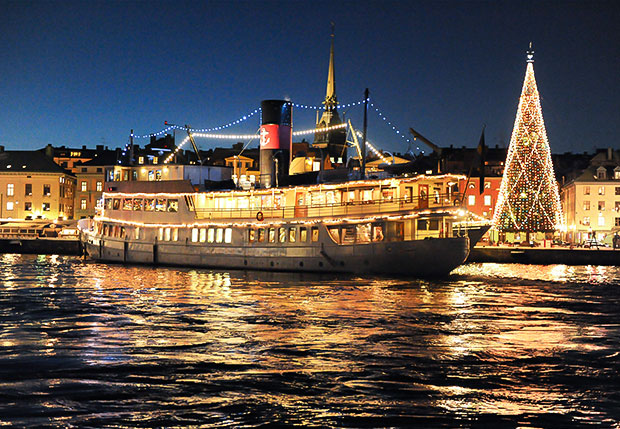