Exiting Viking experiences for all ages

Stockholm sports not only one, but two, excellent Viking museums. They are very different but complement each other perfectly. The Viking Museum, located on Djurgården, is relatively new and modern technology plays a big part in the experience. The Viking City of Birka, however, is an open air museum where most of the attractions are found outside. Birka is located on the island of Björkö, which was considered to be the most important place of trade for the Vikings in Sweden.
The Viking package offers the maximum Viking experience in Stockholm, with two museums and a boat journey!

Birka is commonly mentioned as Sweden’s very first town. The Viking City of Birka is beautifully located on the picturesque island of Björkö in Lake Mälaren. During the Viking era this was considered the most prominent place for trading. A visit to Birka starts with a boat journey with M/S Victoria through Lake Mälaren. The boat departs from Klara Mälarstrand (just a stone’s throw away from the Central City Station).
Once you arrive at Birka you can join a guided tour, visit the Viking Museum and stroll through the reconstructed Viking village. The building of the Viking quarters started in 2006, and thanks to areological finds they had a pretty clear idea of what the houses, city and quarters looked like and made a strong effort to liken the builds as closely as possibly. Here you can find small houses with living quarters, herb gardens and winding streets leading down to the harbour – exactly like it used to look like when the Vikings inhabited the island.
In June 2020 Birka premiered a brand new exhibition in the museum. It’s based on the findings in the graves of four different people buried at Birka. Through modern technology they have been able to reconstruct photography, clothing and burial gifts to tell their fascinating stories.
Birka also have a small sandy beach if you fancy a dip. Restaurant Särimner serves food inspired by the Viking area and there is also Café Eldrimner selling snacks, drink and ice cream. In the museum you can find a gift shop with memorabilia and souvenirs.

The Viking Museum at Djurgården

The Viking Museum was built in 2017 and is a great addition to the many interesting museums found in Stockholm. The idea for the museum was raised based on the growing international interest surrounding Vikings over the last few years. At The Viking Museum you get to experience the Viking era in a fast, modern and (of course) historically correct fashion. Here you can learn more about who the Vikings were and why they have become popular and renowned all over the world. Through films, artefacts and recreated environments you get to know Leifur and Estrid – two people recreated from the Viking age. You can also follow the Vikings everyday life, their often brutal plundering and their though travels at sea. Don’t miss trying on a Viking helmet and a reconstructed Viking sword – you’ll be surprised at how heavy it is! There are also some fascinating tales about runes and the Nordic mythology.
Take the tour “Ragnfrids saga”, a Viking ride where you get to come on a trip to the Viking Age. The story is told from the point of Ragnfrid and her husband Harald. It starts at their home at Frösala Farm and carries on through a journey with plundering in the west and slave trade in the east. Sound, light and atmospheric environments create a fascinating tale that is told by Ragnfrid herself. The tour is roughly 10 minutes long and available in Swedish, English, Russian, Finnish, Chinese, Spanish, Italian, French and German.

The Viking package – multiple experiences in on ticket

The ultimate combination ticket with Stockholm’s best Viking experiences! Combine an all-day excursion by boat to Birka and a visit to The Viking Museum on Djurgården. You’ll save 124 SEK per when purchasing and adult Combination ticket.
When you book this package you’ll receive two separate tickets, one for Birka and One for The Viking Museum. This means you can choose which day you’d like to visit each attraction. The last day to visit Birka is 27th of September, please visit The Viking Museum’s website to see their opening hours. 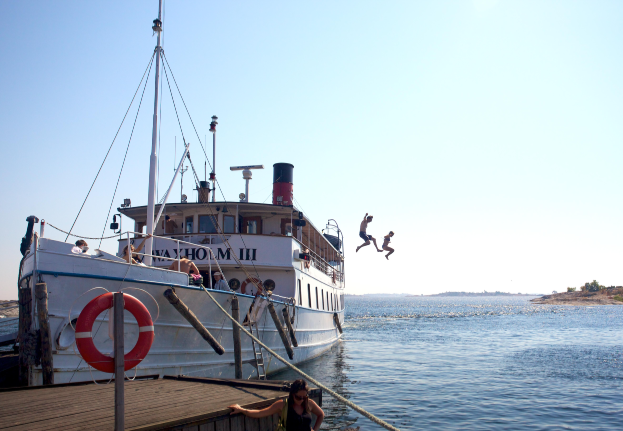 Staycation ticket with boat in Stockholm

6 boat trips in 7 days in the city, archipelago and Lake Mälaren 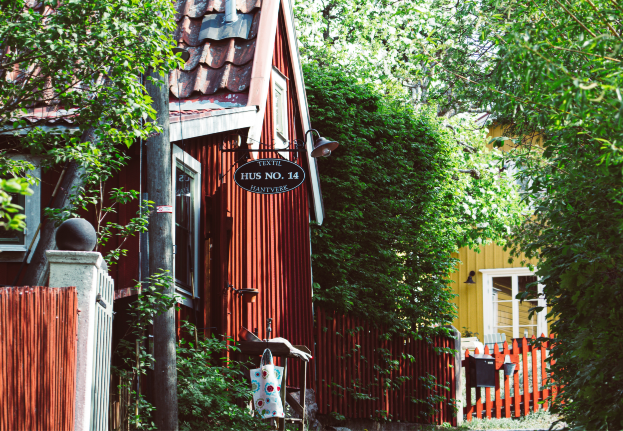