Drottningholm Palace is listed on UNESCO's World Heritage List. It is Sweden's best-preserved palace built in the 17th century and it represents the European royal architecture from that time.

Apart from the palace you also find the Chinese Pavilion, a small pleasure palace, the royal theater and the magnificent garden park. The palace was built after French models of architect Nicodemus Tessin the elder on behalf of Queen Hedvig Eleonora.

The Swedish Royal family moved into the southern wing of Drottningholm Palace in 1981, and it is their permanent residence. The rest of the palace and the surrounding gardens are open to visitors all year round.

Boat to The Chinese Pavilion

Boat excursion to the Royal pavilion at Drottningholm 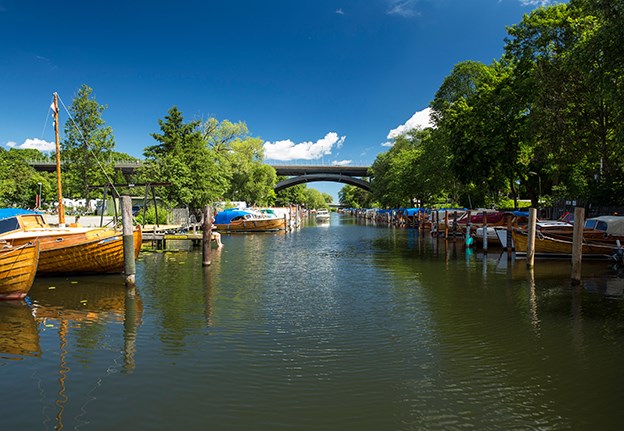